Expat life likes to provide its regular serving of stress and setbacks on the side of all that fun and exploration. Being in a foreign country away from everything you know and the people you love can bring on new (or the resurgence of old) weight issues, and like many others I found myself heavier after my first year in China – a whopping 10kg heavier to be exact! I spent most of my second year hiding my accumulated rolls (and my shame), and constantly feeling insecure. But the pivotal moment for me was when I saw photos of myself on my friend’s Facebook page after we’d traveled around South East Asia. One particular photo of me in a bikini almost made me throw my laptop out the window and, as I stared appalled at how big I had actually gotten, I made a vow to lose weight and regain my confidence. A year and a half later I have lost the China weight and now find myself meeting people who have been through similar trials and overcame them.

Catherine Delphine is from South Africa and moved to China at the end of August 2015 and had been struggling with her weight her entire life. Five years ago, after a hairdresser rubbed her belly and asked when her (nonexistent) baby was due, she had finally had enough and decided to take control of her body. “I ran into the parking lot and burst into tears,” she explained. “That night I realized for the first time that I was the only one who could change the way I felt about my body.” Since then she has lost a whopping 35kg and, to look at her today, it’s hard to imagine anyone would ever think she was with child. “I started off doing Taebo three times a week from DVDs at home and started seeing immediate results. I slowly started learning more about the right types of food to eat and what to avoid.” After learning more about her body’s needs she began to eat more fruit and, although she admits she hates vegetables, she let me in on her secret method for packing them into her diet. “I was inspired by a film I watched about juicing and I got hooked. I bought myself a good quality juicer and started making a daily 500ml cocktail of juice that had 8-10 different fruits and veggies.” Catherine says she eats healthily throughout the week but allows herself to cheat on weekends with her own, home cooked versions of takeout food. She has an 80% plant-based diet and swears by walking for 2 hours, three times a week to keep in shape. “I find walking is the only exercise you will not make an excuse not to do.” Surprisingly, Catherine believes it is actually easier to maintain a healthy lifestyle in China, as there is an abundance of fresh produce available all over town at affordable prices. Her advice is to take your time and set small, realistic goals as “losing weight takes changing your lifestyle and the focus should be more on health than weight.” She also says to avoid any diet plan that promises results in a short period of time. “Diet supplements belong in the trash from where they came.” Many male expats also find they are heavier after their first year or two abroad. Timothy Patrick from Australia, who’s been in China for two years, said he was always into health and fitness back in his home country, playing many sports and even competing in some Triathlons. He put on around 10kg after coming to China, which he says was mainly due to the cold weather during the winter and eating a lot of Chinese fast food such as noodles, dumplings and fried food. However, Tim turned it all around nearly half a year ago and has gotten back into shape. “The warmer weather led me to change my lifestyle as well as getting a girlfriend and joining the gym.” Tim said he stopped going out drinking and smoking all the time. He now focuses on trying to keep happy and healthy, which has resulted in him losing 10kg over a period of five months. “I did it by running to the gym every single day and training for at least an hour.” Tim recommends joining the gym and doing a class you enjoy that you can stick to, drinking lots of water and eating a healthy diet. “Make sure you’re always doing something every day, cut down on oily, fatty food and drink plenty of water too. Try and get back to basics and cook at home.” Though many of us know what is needed to maintain a healthy lifestyle, it isn’t always easy to do it alone. “I think having a partner to do it with and motivate each other is important as you can get isolated in China and fall into bad habits. It’s good to have positive people around you to lift you up and keep you on your toes.” Another amazing story comes from Mireia, who came to Xi’an almost four years ago. She lived with a Chinese family when she first arrived and says they would prepare daily feasts for her. “I love Chinese food, and didn’t really know what to choose so I ended up eating anything and everything.” She says after one year she had gone up a few dress sizes and that although Chinese food is really good, if you don’t know what to choose you’ll end up eating too much oil and carbs. After two years in China she went home to visit her family and although she would usually avoid the scales she decided to weigh herself. “That’s when it hit me; I was way over 100 kg. I freaked out, I didn’t imagine it was that bad.” With a family history of high cholesterol, diabetes and other weight related problems, Mireia decided she didn’t want to spend her life having to live off medication and that she should do something about it. “It was difficult at first; I’ve been on hundreds of different diets since I was really young and nothing really lasted. I just needed to start changing my habits little by little, just trying to be more conscious about what I was eating and why I was eating.” She began cooking more and when eating out she would choose not-so-oily foods and dishes that have lots of veggies. Instead of cutting out sweets and treats completely, she cut down to once a weekend. “Cutting out any kind of food is bad, because you always end up binging on it.” Since then she has lost over 30kg and says she now feels good enough to start exercising. “The most important thing for me has been cooking. Really knowing what I’m eating, preparing ahead of time and not being hungry.” Mireia says she eats five to six times a day but smaller meals that are always full of vegetables. She still treats herself twice a week but she likes to be more imaginative with her snacks.

So don’t feel too despondent if you’ve overdone it since you’ve been here. It is never too late to get back into shape or even be better than you have ever been before.

Natalya is a vegan and an animal lover living and working in Xi’an. 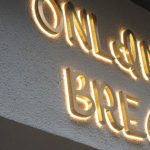