The three-year anniversary of the Gran Melia Xi’an is this month, and to celebrate the good people at the hotel invited me for a brief stay. They were out to prove that, after three years, their hotel could still provide a top-shelf, five-star experience. I can safely say: mission accomplished.

If you’ve never been to the Gran Melia before, it’s right on the edge of Qujiang Lake in the southeast of town. The area is nicely developed, offering a bit of an escape from the bustle that happens when you get closer to town. The hotel chain is based on bringing “Spanish luxury” to cities around the world, but Xi’an’s location mixes it with a touch of the local culture and aesthetic this area is famous for. It’s a harmonious blending of sensibilities. My first goal after checking in was to just relax. For that I took a trip to their SPA and got a “traditional Chinese massage”. The SPA facility has an immensely soothing atmosphere, and after an hour I felt renewed and de-stressed. I got a solo room, but if you’re on a romantic getaway there are double rooms where you can enjoy your relaxation together.

Feeling lighter than I had for months, I went back to my room to change and get ready for my evening. My next stop was the Agua Piano Bar in the lobby, for an afternoon tea. There’s a performer there daily starting in the late afternoon, and the music is pleasantly ambient and unobtrusive. There were a fair few options for my refreshment and I decided to go with a Chinese tea. I had the option for snacks too, but I didn’t want to spoil my dinner.

The reason is because I was headed for the Gran Melia’s Duo Restaurant, which they claim is the first authentic Spanish restaurant in the city. I started with a selection from their tapas menu, a plate of salty, satisfying Iberian cold cuts and sausages, though I was tempted by the croquettes and garlic shrimp. In retrospect I think I made the right decision, because the Saffron Seafood Paella was an explosion of rich, oceanic goodness with plump shrimp and mussels in every bite. After enjoying my meal, I stopped over at the La Cava Cigar Bar and, though the cocktail list was enticing, I opted instead for a glass of whiskey on the rocks. I then retired to my room for the night.

When I awoke, refreshed and ready to face the day, I started with a hearty breakfast at the Mercado Gran Café buffet. There’s an assortment of food from all around the world, and every diner is sure to find something to suit their tastes.

Having never visited the Gran Melia before, I wasn’t sure what to expect. That “Spanish luxury” they pride themselves on seeps into every aspect of the experience and my experience as a guest was top notch. The five-star experience may not be for everyone, but for visitors looking for a touch of class or locals looking to kick a staycation up a notch, you really can’t go wrong with a stay at the Gran Melia. 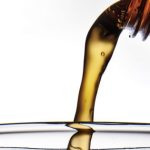 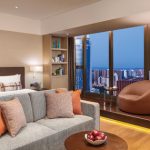 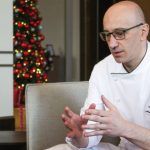 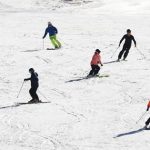 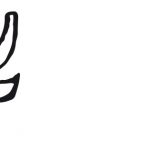