If you don’t already know, there exists a beautiful lake on the Rhine, shared by Austria, Germany, and Switzerland. In English this lake is called Lake Constance but in German it is Bodensee. It is this lake that the new German restaurant in Harbour City on Yannan 1st St in Qujiang is named after.

Bodensee is a small piece of Bavaria right here in Xi’an and it is as authentic as it gets. Everything is imported straight from Germany, from the décor and the sausages to the sauerkraut and beer. And not just any beer I might add, Weihenstephan beer. Did you know that Weihenstephan brewery, north of Munich is the world’s oldest continuously operating brewery? And the building where the beer is brewed was in fact an old Benedictine monastery before they decided to brew beer there instead.  I know this because the knowledgeable Mr. Li Fan knows this. Mr. Li Fan and his lovely wife Sadina are the proud owners of this establishment which has been open for just six months. Mr. Li is an expert on everything German, especially beer, and he can even speak the language thanks to his attending university there, while Mrs. Li is fluent in English. The menus are in Chinese, German and English for your convenience.

No restaurant can call itself German without Eisbein, so of course that is what I ordered, as well as  Nuremburg style sausages with mashed potato and a few other sides for me and my dinner guest, as per Mr. Li’s recommendations. I never realized how much I missed crackling until the moment the plate arrived.

It was all extraordinary. No amount of praise would be enough. If a full roasted pork elbow isn’t enough to convince you that you are in Germany, then the red wine gravy, imported German sausages, mustard and gherkins, as well as the football game being played on the TV should do the trick. They also cater for events and have done so for companies such as Audi, BMW and Renault. Prices are what you would expect to pay for imported food of this quality, the Eisbein will set you back a worthwhile ¥198 while a 500ml Weihenstephan is ¥48.

Oh, and did I mention that THE Ronaldinho ate here while he was in Xi’an? No kidding, they have the photos on the wall and the signatures to prove it. I strongly urge you to consider this place for a hearty, authentic meal, or just a quick little trip away from Shaanxi.

Anthony Cordina never breaks the second rule of Fight Club. He can be reached at reviews@xianease.com 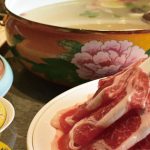 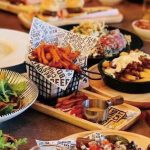 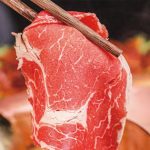 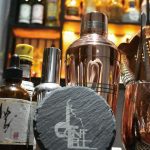 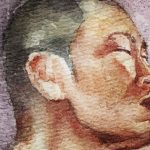