My visit to Ginkgo is by far the utmost satisfying dining experience I have had in Xi’an. Having three branches and two bakeries scattered around the city, its strategy is not to make fast cash, but to fulfill the needs of the pickiest diners in the city, and to perhaps cultivate a small group of loyal customers who can appreciate their service.

Fine dining is never just about satisfying the bottom layer of the hierarchy of needs, but a well orchestrated show. When the waiter lights up the rum into flames, the ceremonial sense would set the base tone of a three-act play. The scallop appetiser is cooked to perfection, a mere twenty more seconds would have ruined it and turned it into rubber. Despite the excellent performance in the appetiser, I still had doubts about the chef, for this could be a lucky shot. The following dishes then completely persuaded me. The Beef Wellington is a particularly tricky dish, the crust that wraps the beef makes it impossible to know the temperature of the meat until it has been sliced open. A perfect medium rare appears before me, showing precise adjustment and, more importantly, the constant top-quality performance from the chef.

Passionate steak lovers would tell you that if the quality of the cut is good, anything above medium rare would be disrespectful for the bull that sacrificed himself. They would also explain to you that the red-coloured juice that flows out is not blood; no, it is a liquid solution of fragrance stored in the meat. In Beef Wellington, this juice would be soaked up by the crust underneath, making it particularly enjoyable.

A fusion dish has caught my attention as well. The tuna & avocado tartar is exactly what the name suggests. A layer of avocado with touches of wasabi appears on top, followed by fine tuna in little cubes that adds texture to the dish; the bottom is covered in Japanese soy sauce, just the right amount to season it.

Sadly I am officially allergic to alcohol; but according to Mr. Hall, a constant customer, the beer they brew at Ginkgo (yes they have full sets of professional brewing equipment and are experimenting with new formulas non-stop) are surprisingly cost-effective. They offer top quality beer, but only at about half the price of some of their competitors. I take his word for it, because the British do know about IPAs and his beer belly stands proudly as a proof of his passion in this field.

When finished with my first visit, I decided to take a walk home. I kept thinking of the delicate dishes I tried, how satisfying they were and how many more mysteries lie uncovered. I claim myself to be a creature of habit, staff at every joint that I go know my orders. This stops at Ginkgo. I went again on the very next day, tried more of their extremely affordable sandwiches made with authentic soft baguette and various kinds of snacks they offer. I plan on visiting again the next Sunday, and again, and again ever after.

Haytham works for MI6, KGB, CIA and Beijing, reviewing for Xianease with every sexy assassin Trump sends by his side. 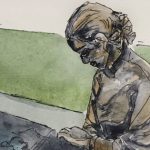 Capturing Pieces of a Folk Culture Village Through Urban Sketching 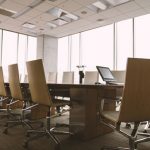 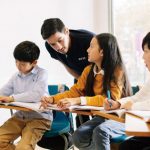 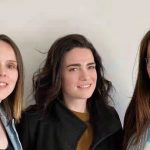 Brunch with the Professors: Join the Conversation! 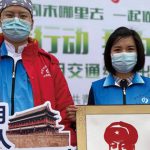 The Sunday Club – One Year Later