Sometimes I just want to take a break from Hot Pot. Don’t get me wrong, I love the stuff, it’s just that sometimes I need to try something a little different. Fortunately, I was introduced to XXC Dry Hot Pot Company (干锅公司). Located not far from Wanda at Min Le Yuan (民乐园), this restaurant was suggested by a friend and, though it’s always a gamble trying something new, I was far from disappointed.
It seems to me that a lot of thought and consideration went into designing the place. The first floor has a small waiting section near the entrance, plenty of seating and a counter/bar which is used for paying the bill and ordering drinks, whereas the second floor has more seating as well as the ladies’ and men’s restrooms which are sparkling clean. Most of the furniture on both floors has a solid wood finish and the floor plan allows for ample space between tables, meaning that not only are you not packed into the restaurant, but you even get a small feeling of privacy. The first floor also has a huge projector screen playing music videos in the background and can be seen from both floors. It sounds like a lot, but the lighting, kept in the perfect spot between “too bright” and “too dark,” gave it all a warm touch.
Waiting staff were plentiful which meant we didn’t wait too long to be served. The menu is extensive, full of tantalizing items to include in your dry hot pot, such as ribs, shrimp and squid, to name only three. The selection was rounded out by some more typical offerings, like tudou si and other fried dishes. What I liked most about this place was the beer menu. The restaurant has a wide range of beers, from the ubiquitous Qingdao to imported German, French, Belgian and British ale. The beers are sensibly priced, which is a refreshing break from the astronomical prices most bars and restaurants charge for imported alcohol. After ordering, we were presented with our food, which came in plentiful amounts, in less than ten minutes. XXC’s signature dry hot pot was nothing short of sensational, containing sliced squid, pork ribs with meat that fell off the bone, celery, finely-sliced onion and chili. In addition to our dry hot pot, we had fried battered prawns, one half covered in mayonnaise with the other half in strawberry sauce, shredded spinach pancake and thinly shredded potato.
It was a very different dining experience and, though some of the food seemed a bit strange at first, everything was fabulous. There’s no doubt in my mind that I’ll be going back again.
Pro: Clean, good atmosphere, good food and a brilliant beer selection, served cold
Con: If you come here on a weekend at peak time then you may be in for a wait as it seems to be fairly popular.
Address：East side of Wanda Square, Jiefang Lu
( 民乐园万达步行街东面（靠近万达商场4号门）)
029-8738 9885
11:30am – 2:00pm
5:30am – 9:00pm 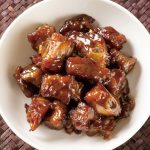 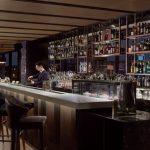 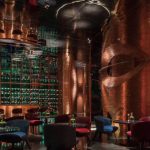 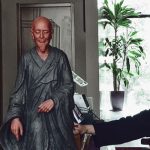 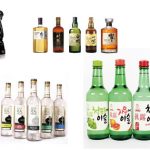