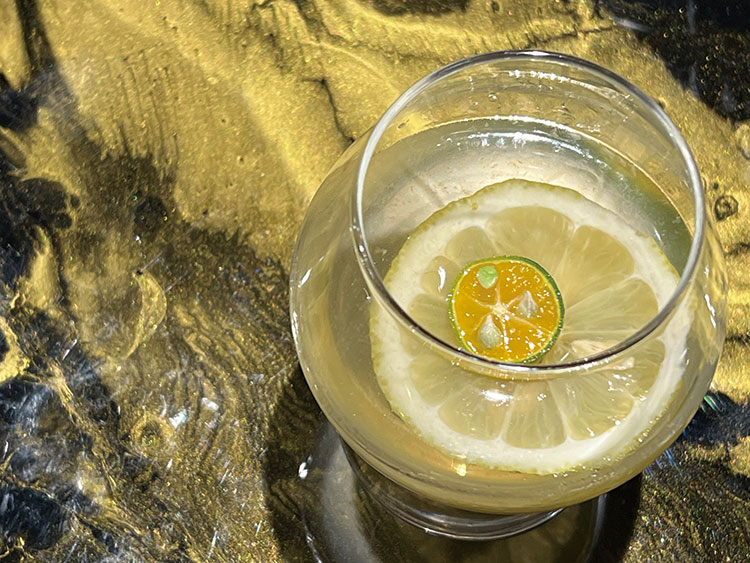 I t’s always nice meeting people that have a passion for what they do, as often times people are mostly doing what they can to just get by. When you meet people that are in the midst of pursuing that passion, it can be an exciting thing, as you will often get caught up in it as well. As an added bonus, people that tend to be very into what they are doing also happen to be good at it. Such is the case with M&G Wine and Spirits, where you have not one, but two people who are passionate about all things booze.
Jason Rogers is a well-known man in Xi’an, famous for his cocktails and general knowledge about spirits and how they go together. Nico Glatre, also known as Mr. G, has likewise spent his time in Xi’an working on his own projects, especially in regards to his hometown specialty rhum arrangè, an infused rum that takes a great deal of knowledge and patience to craft. It was through a sampling of this drink that first brought these two together, where they hit it off over a mutual love of spirits. Towards the end of 2021, they both had reached a point where they were ready to start something new, and so decided to open up M&G Wine and Spirits.
M&G Wine and Spirits aims to put a new spin on the concept of a bar. Located towards the south end of Tangyan Nan Lu in south Gaoxin, M&G is located close to the street, just behind some hedges. The first floor is a wine shop, offering wines from around the world, including – of course – French wines, but also offering wines from South Africa, Australia, Argentina, and many more. When you head up the wooden staircase in the back, which lights up as you ascend, you are greeted by a long black and gold bar, a custom piece by Mr. G, and a large wooden table at the center of the room, surrounded by plush seats. At the windows are three high top tables and close to the stair case are two tables with a few regal dark leather sofas. You can tell that they were going for a classy, old-world feel, and it shows.
As I was in pre-opening, the menu hadn’t yet been finalized, but there were plenty of sneak peaks, and Jason and Nico were more than willing to let me in on what was in development. The concept that they described was a new approach to a common practice you see in many bars – bottle service. When you go to M&G, you will be able to purchase from a curate list of wines and spirit packages that will come with everything that you need for crafting delicious cocktails. And this is more than just throwing some whiskey and coke in a glass and calling it a day. Here you will have access to premium craft cocktail ingredients and also have Jason on hand to help guide you through the process. If you think that this is too much for you, you can also purchase pre-mixed bottles of cocktails to share with your friends. Or just drink it all yourself. We’re not here to judge. The cocktail and wine packages will also be available for home delivery and via their WeChat shop.
Of course, this is just the start of what these guys have planned. In order to bring their knowledge and expertise to bear, M&G will soon be hosting wine and spirit tastings, including a planned exploration of American bourbons in the near future. And once licensing is complete, you will be able to buy Nico’s rhum arrangè via their various outlets. They also mentioned that they will soon have some food available to pair with the bottles, especially focusing in on charcuterie staples like cheese and cured meats to help cure those mid-drinking hunger pangs. The best part is, thanks to their retail nature, they are going to be able to offer their bottles at very competitive prices, meaning you get to have your drinks and not have to go home broke. Win-win.
The grand opening of M&G Wine and Spirits opens April 2nd, so it will be in full operation by the time this comes out. Given all that these guys have already accomplished, I’m sure this’ll be a good one.

Stephen Robinson is the editor-in-chief at xianease and would love to get your thoughts on everything we are doing. You can contact him at stephen@xianease.com