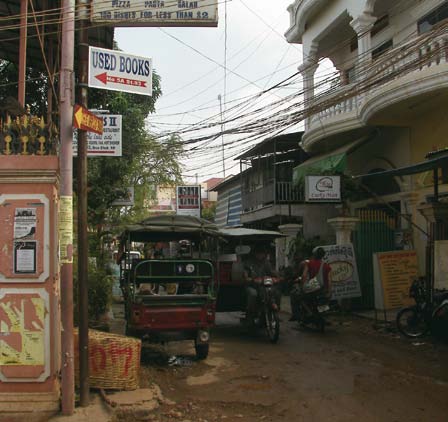 Welcome back my friends! I’m in Cambodia and I’ve went to see the killing fields and the infamous school turned prison S21. After these visits it was a long time for me to sit down to write. I almost missed the Xianease deadline and my note are half filled pages strewn with raw details, profanity and blood. I simply did not want to go off half-cocked about my feelings and emotions after visiting these places. I have a tendency of being a bit glib and off handed though in this instance that seems inappropriate. These places hold a very real indication of the depths that humanity can be dragged down and to not properly consume and digest the sights, sounds, and feelings would be to simply wax of the injustice and abhorrent situation that can be regurgitate from any textbook or lecture.
To actually stand in the dusty pagoda with so many human skulls that they actually produce a smell of bone, to walk the courtyard of that school turned torture chamber hearing the cry’s and moans in your head that seem all too real, I could not just gloss this over with raw emotion would be in contrast to what I am doing traveling. Not all experiences are happy but all are building and this will be as much an exploration of the world as it is of my mind.
I will not going other history and such of the Khmer Rouge save one detail, anyone reading this over the age of 32, if you were Cambodian would not only have a memory of these events but you would have LIVED them. My first realization of this struck me when the driver of the motorcycle that I used for the day told me a small story in severely broken English about himself and his family. He was 42 and his family was farmers in a rural area during the time, he said that his Aunt, Uncle, Cousin and Brother were all taken away and now presumed dead but he finished this by saying, “We didn’t have it so bad as others”. This stuck with me as I got off the bike and headed into the area that is now a tourist stop known as the killing fields.
From the torture chambers at S21, the prisoners were taken here to be executed, mostly with wooden clubs or bamboo sticks, the lucky ones with a gun, the children they would just swing against a tree and then throw into a pit. I am not saying this to disgust you or to awe you, I am telling you this so you may get as real a feeling in your stomach as I had while walking those grounds. I have read a few books on the Khmer Rouge and I knew the killing fields but when the term executed is displayed for you to see with the actual implements it is hard to keep it scholarly and in my mind you shouldn’t.
To my great amazement at the base of the “killing tree” as it is called there grew a single purple flower small but vibrant in color and as a testament to the fact that no matter what happened in the past there was a future.
We then went to S21 (the school converted to prison) and on the way there I began looking at those we passed, “Anyone over 32” I kept saying to myself, and it seemed to me that I saw the Cambodian people differently from then on. Even those in their 20’s would have at least been born during this regime and may have vague recollections of it. The fact that a once house of knowledge was turned into a home of some of the most vile degrading acts one human can do to another has an irony that only the camera happy tourists and on sight gift shop rival. 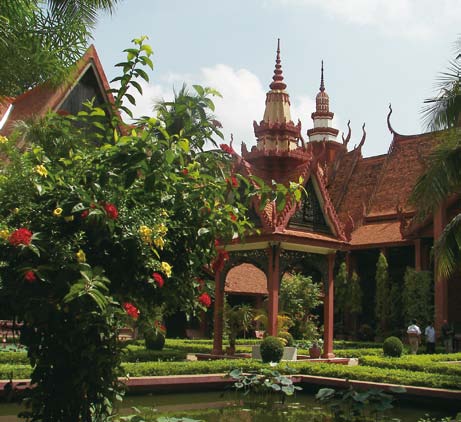 Bone chilling does not even begin to describe it, mind numbingly horrific seems more appropriate, as I walked from one room to the next, alone as I was, it was as if I was looking at a movie set or a haunted house, only the rooms full of pictures brought me to the realization that these were people, living, breathing, scared people. The Khmer Rouge took a head photo of EVERYONE who they put into this prison and these photos are displayed in the bottom of one of the buildings, the pictures stretch out to monolithic proportions. To look into these sometimes scared, sometimes sad, almost all confused faces is to remind you that each of the 14,000 victims that died were people, with hopes, dreams, fears, and hopes.
I came across one photo of this young boy (about 10 years old) standing in a spot I had just stood a few minutes earlier and on his lips was a smile, he was 10 what did he know about what was to happen to him? He was 10…Of the 14,000 prisoners only 12 survived and he was not one of them…He was 10. What more can I say about that place…
That evening after I got back to my room I couldn’t eat, I couldn’t write, I didn’t want to move, I couldn’t stop thinking about everything I had saw. What I eventually realized that bothered me so much was the fact that this was Cambodian against Cambodian.
In WWII the Gypsies, Homosexuals, Jews, and various others could point the finger at the Germans and say, “You did this to us”, they were somehow different from the offending group, but here it wasn’t that easy. People from the same areas, villages, farms, and even families did it to each other…how do you rectify that idea? Several days have passed since my visit and I have spent a lot of time observing the Khmer (Cambodian people are called Khmer) people and I’ve witnessed how they have “moved on” in their everyday actions.
They overcome this horrific past not through anger, violence, or strife but through living one day at a time, it is amazing that a man who lost four family members to his own people can now take me to the site and say, “We didn’t have it so bad as others.” To be honest and blunt if I was in his shoes I would not be as strong as him, and I think that had the United States been through what they had been through we might not handle this as well as they have. 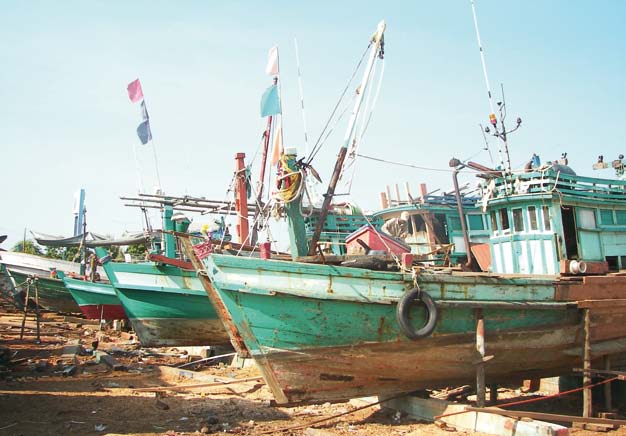 I don’t want to leave it at that, so let me change the subject a bit about books. I love reading and over the past two weeks there are the books I’ve consumed, I would love to know if anyone can recommend any others…I might not be able to find them but hey I can try.
Here’s what I’ve read;
– The Accidential Tourist
– Sphere
– Dharma Bums ( I always travel with this book)
– The Alienist
These books not only shape the way I write but they also affect how I see the world, it’s interesting that in going back and reading the previous posts I can see what book I was reading when I wrote them.